Why on Earth would you do this?

We are asked all the time why we do what we do.
It is best explained by Michael...

The obsession to investigate the unknown...

You know, those shadows that follow you in a darkened room, the whispers you hear when you’re all alone and so forth…

For me, it all stems from actual experiences that I had as a child. I grew up in what most people would call a haunted house.

Many questions still linger from what I experienced as a youth…But I’ll get to that in a moment.  Today, as an adult, I am looking for answers.

This, in part, is why Darkest Shadows exists.  We don’t hunt for ghosts, per se, that only makes for good television. Instead, we investigate things that are unknown or unexplainable. Most often, there is a basis in the world as we know it. But there are those times that after exhausting all possible physical or scientific reasoning…something otherworldly still exists.

Those are the events that we focus on, then document, photograph and record as much evidence as we can. That evidence we make public, to begin a discussion.

There is no magic here. There is only a quest to understand the things that exist in the peripherals, outside the margins and in other dimensions outside our senses. Hopefully, this all adds to the discussion.

So why my fascination?  Well, here’s my story… 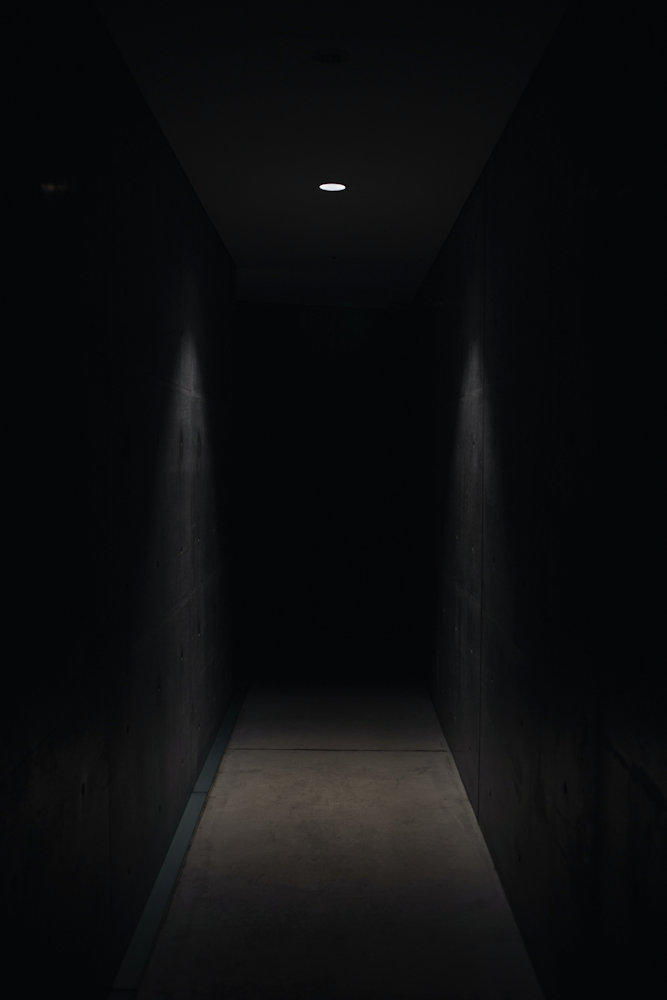 Growing Up in a haunted House

My connection with the paranormal began when I was 5 years old.  I’m pretty sure this all began with a Ouija board.  I was not home when this happened, so this part of the story I am relaying as it was told to me by my Mother.
I could have been at school, just beginning Kindergarten, whatever the case I was not at home. We lived in the coastal Southern California town of Torrance, and beach life was just part of life.  My mother was to drive my sister, (15) and a few of her friends that day to the beach.  It must have been about 11 am.
One friend had arrived, and while they were waiting on the others, my sister and she  pulled out a Ouija board and played it to pass the time.  My Mother was in the general area doing housework, sort of half listening to the girls as they played.
The other girl asked Ouija, “What am I going to be when I grow up?”  Ouija spelled out princess.  The girls giggled.  My  sister then asked, “What is to become of me?”  Answer – “Dead”.  That caught my Mom’s attention and she said, “Girls, if you can’t play nice, then put that thing away.”  The girls laughed and my sister said, “Oh Mom, we’re just playing”, then she asked, “OK Ouija, how am I going to die?”  Answer – “Mother”…
Now my Mom is pissed.  She scolded the other girl for being so horrible, and told them to put the board away.  Shortly after, the other girls arrived and they all drove to the beach.
On the way there, they were hit head on by a teen who was driving recklessly showing off for his girlfriend.   My Mother was crushed against the steering wheel, my sister went through the windshield, a few of the kids in both cars died, another lost her arm.  It was the worst accident in the city’s history to that date.

My sister died a few days later of the massive head injuries.

And that is the end of that.  The following is my recollection of what occurred in our home after that fateful day and up until we sold the house and  moved a few years later.

My earliest memories after my mom went to the hospital are of sheer dread.  Fear and dread.  I felt it, everyone who came to our home felt it.  The nights were almost unbearable.  Banging in the walls, people talking, endlessly walking across the floor in the kitchen, lights that would go on by themselves, you name it, it happened.  Now remember, this was 1969(ish), and there was no such thing as ghosts.  Everything had  to have an explanation…

The banging in the walls was the house settling, the footsteps must have been the wind against the window, etc.  Total denial from both my parents that something was going on they didn’t understand.  Or, maybe that’s just what I was told so as not to frighten me…   I’ll never know.  All I remember was that I was petrified.  All the time.  And my Mother, years later, confessed to me that she and my father were too.

Now for some anecdotal memories I have.  I can see them today at 57 just as clearly as I did at 5.  It was all burned into my memory and haunts me to this day.

Within a few days of my sister’s death our neighbor, (who disliked my sister) came to the house to pay his respects to my father.  The second he walked over the threshold, his eyes bulged, and he turned blue.  He staggered, grabbed his throat and stumbled back onto the porch, where he then began to gasp for breath.  He told my Father that someone was choking him, although there was no one near him.  He swore he’d never step foot in our home again and didn’t.

My Mother spent many months in the hospital.  When she came home she was bedridden for a long time.  We hired a maid to keep up on housework, cook and tend to my Mothers needs.  We put her up in my sisters room.  She lasted two days and left, in her broken English telling us the devil lives here. We probably went through a dozen or so housekeepers in pretty much the same way.  Some would last a day, some a week but never longer

We then settled for housekeepers that were not live in maids, but just worked during the day.  That worked out better, although we still went through a few more.  All were scared as they left.

I remember the sobbing  After my Mom came home from the hospital, at night, when she and Dad would go to sleep, the minute the lights went out there began the most bone chilling and saddening sobbing right outside their window.  My Dad would grab a flashlight and go out to the side of the house under their window and explore.  The sobbing would stop.  He never did find a source of the crying, it was like that of a little girl, in total despair.  Finally after months of doing this nightly ritual, they just would ignore it and tune it out.  But it never ceased.  I spent many a night in their room sleeping on the floor because I was afraid of the sounds.

Occasionally my parents would let me have a friend stay the night.  We would grab our sleeping bags and go out into the living room and watch tv till we were falling asleep.  That’s when the fun would begin.  The living room had a wall halfway through it, then the other half was open access to the dining room, family room and the kitchen.  Damn if the minute that tv went off and the house was dark, people started talking in the dining room.

I remember we couldn’t see people, but we saw the shadows.  Dark humanoid figures standing about 10 feet away from us talking to each other.  And they would walk around the room and then we’d hear the footsteps approaching the living room.  I can remember the absolute frozen fear that I would feel as the footsteps got closer.

Of course me and the kid would go running wildly screaming into my parents room, “They’re trying to get us”,  “There’s people in the house”, “They’re going to kill us”, etc.  My Dad, (my poor Dad) would jump out of bed and go into the dining room, and do a thorough search and assure us nothing was there.  Why that kid kept coming over I don’t know.  Boy I’d love to meet with him today and share memories of those days.

I do remember the one time that we asked him to stay with us.  The lights went off, and immediately the voices started up and the footsteps.  Dad abruptly said to grab our sleeping bags and go in their room so we could all get some sleep.  We never talked about it.  I know he must have heard some of what we were hearing.  I’ll never know.

I saved the best for last.  the most vivid memory of that house. – 52 years later this still haunts me.  I remember my Mom doing dishes, cleaning up after dinner.  She called me into the kitchen, and asked me to turn on the light in her room.

The master bedroom was square, with the door at one corner and the hanging light in the diagonal corner.  Even with the hall light on it was still plenty dark in that room.  The further I went into the room, the harder the force against me – let me explain.  Picture the old Warner Bros. cartoons.  One character would eat a bunch of nails.  Another character would stand behind with a magnet and pull them back. – That’s about the clearest way to describe the force that was pushing against me.

The closer I got, the harder it got.  I went as far as I could and then retreated, telling my mom “It” wouldn’t let me proceed.  I don;t fully understand why, but she got angry.  She told me to get back in there and turn the light on and be done with it.  The only explanation I have is possibly she was trying to overcome my fear of the dark..  although you really can’t blame me…  in any case, I went back to the room determined.  The same opposing force was building stronger.  I finally was on my hands and knees clutching the carpet, pushing ahead as far as I could.  The force would overtake me, and I would slide back a bit to where the force was less.

This went on for awhile.  I never did make it to the light.  I do, however, remember the rug burns on my knees and the broken fingernails and raw fingers I had for a week after.  It was very real.  And terrifying.

There are countless other experiences that I could share but I think the above shows why I’ve spent a lifetime trying to understand what the heck occurred in the house.  If I had to guess, knowing what I know today, I’d say that something otherworldly got involved with the Ouija incident and continued for years after.

What I do know is it was intelligent, it was relentless, and it wanted to disrupt and terrify the occupants of our home.  And succeeded.

Today we hear from people all over that have similar experiences, or more benign encounters, and we investigate it all.

Other times we go to places that have been deemed haunted to experience it for ourselves.  And we haven’t been disappointed.  Thanks for checking out our website.  If you have anything to add to the discussion please feel free to add to the comments on our board.