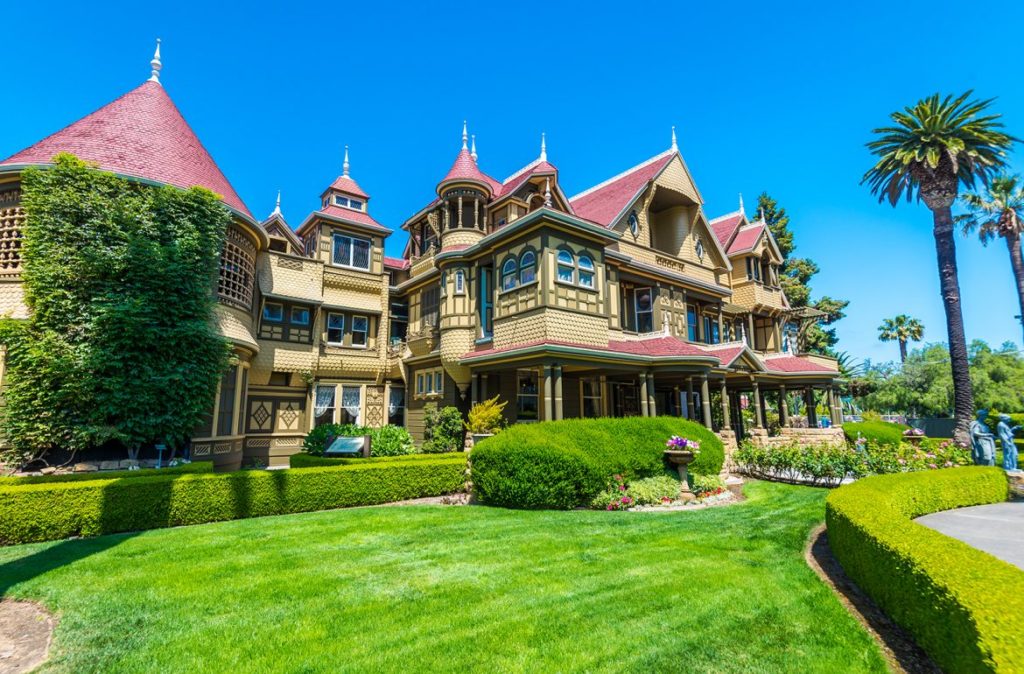 The Winchester Mystery House, located in San Jose, is quite possibly one of the most famous of all residences when you think of paranormal activity.  Owned by Sarah Winchester around the turn of the century, she being the heir to the Winchester Rifle Company, was convinced that she was being haunted by the ghosts of all who had been killed by the firearm…If you believe in the folklore.

The story goes on… a psychic told her that as long as carpenters were hammering she would be protected by the spirits.  She hired a team of builders and they continued to build on the house 24 hours a day, seven days a week until her death.  Needless to say, the house is well over a mile if you walked it all, and there are many dozens of fireplaces, bathrooms a grand ballroom, etc.  You can read over the history of the house all over the internet so I will not go into great detail.

What makes this story even more interesting, is all the kooky stuff she built into it.   Doors that lead to nowhere, stairs that have several landings but after doing several switchbacks, you’ve only risen a few feet, cabinets that open into brick walls, and staircases that lead to the ceiling. – It’s a pretty wacky place.

Again, if you believe the folklore and “official” story, the psychics told her to build things into the house that would confuse the spirits, and again, would assist in getting them to leave her alone.  (I say “official” story, because after her death the home was bought by a mysterious group, that had every intention of marketing the house for profit – which they still do today.  The ownership of the house is still shrouded in mystery, but I’ve seen in different places it might have been a sort of gypsy group that took over ownership. – In any case, the story of demons and spirits have made whoever owns the place a great deal of money, the place is packed daily and the tour is pretty pricey). 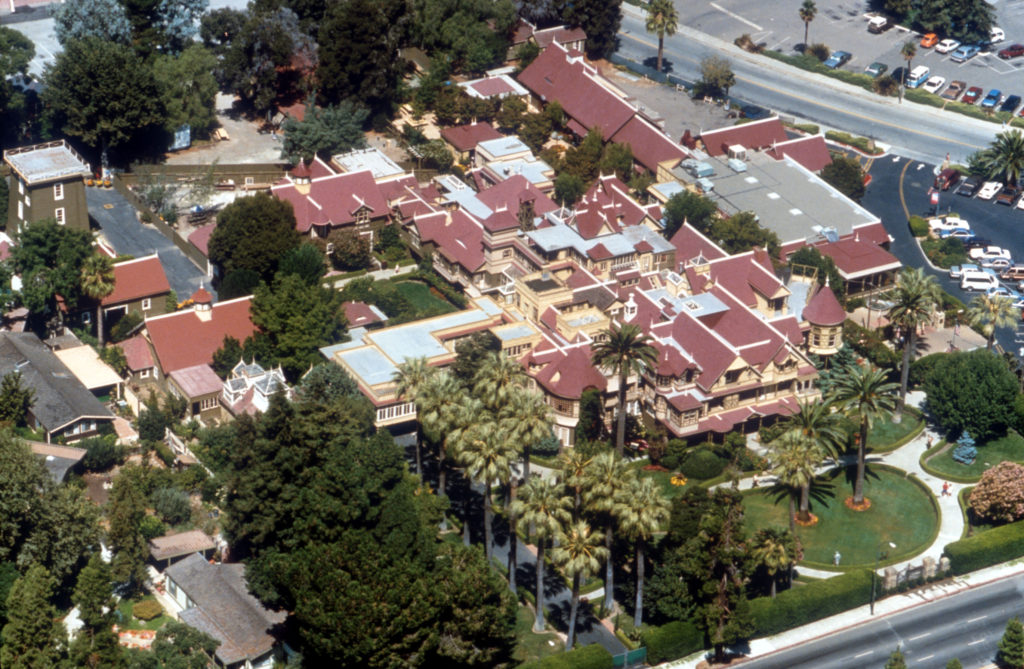 Annamarie and I took the entire tour.  It is a fascinating old house and we enjoyed it quite a bit.  After we were through we wanted to go and see the front of the home – which is not accessible to the public.  We sort of wandered past the signs telling us not to enter, and went around to the front.

I need to give a little bit of info here.  The house used to be three stories in a few places, but the Great San Francisco earthquake of 1906 took out the third story and made much of the front upper floor uninhabitable.  The have pretty much left the area as it is, and in the tour you pass by that area, and can see the rubble, exposed beams etc.    As Annamarie walked by this area, she tapped me ont he shoulder and said, “do you smell that perfume?” – I did not.  it is also woth a mention that no one on the premises was in period attire, all the employees were wearing jeans and t-shirts.  –  As were the guests.

So now back to my story.  As we walked around to the front of the house we were able to look up at the famous “Door to nowhere”.  Which is just as it is titled.  On the second floor, in that area with the rubble, is a door that just opens out into the courtyard below. – Another spirit trap, I guess.

We went on to a little bit more of the front of the house, and were admiring and snapping pictures of the front of the house.  We did not see at the time what we had captured, but had quite a revelation when we arrived home.  The images shown below were taken from our phone cameras, and have not been altered in any way – with the exception of zooming in.

So what was it?  A reflection.  Kind of doubtful, as there was nothing to reflect off of.  And we took all three pictures within a few seconds of each other. –  So it wasn’t clouds or airplanes, etc.

It is just another experience that we have chalked up in our travels.

Regardless of your explanation of this event, you should schedule a trip to this fascinating and beautiful home, it is something that you will not soon forget.